Cynic - Kindly Bent to Free Us 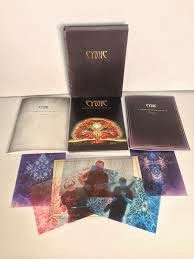 Special Editions: Who ever wants to buy a download, while you can order all these extras in beautiful packages? Last year Fish showed how the packaging can already be worth the money spent, while this month Cynic does the same. They actually released a bible and with a poster, a lyrics booklet, a full score (so you can cover them, right!) plus some cards the special edition is pretty complete indeed and again does not fit into the CD rack.

But as it is all about the music anyway, let's focus (pun intended) on that. Releasing a debut filled with grunts and extreme technical metal Cynic developed to much lighter, yet still beautiful areas nowadays. I am in the fortunate position that my musical taste easily covers both extremes, so Focus I still pick up occasionally, while also Aeon Spoke still passes by. After their long hiatus I think they came back brilliant with Traced in Air and that line further developed into the new album. This time it took me several listening sessions, before I started appreciating the CD. Initially it came over as a bit too tame, but now I start recognizing songs I must admit that Cynic are still a band on a creative peak. The nine songs don't come near death metal any longer and the Buddhist atmosphere is so present that you can almost smell the incense when True Hallucination Speaks.

Actually the album is to me a logical follow-up to Traced in Air and EP Carbon Based Atonomy, with similar atmosphere going around. That said I did not yet discover a song that stands out above the rest, like "King of Those Who Know" or "Box Up My Bones" on those releases. Best way to appreciate the songs more shall be seeing them live later this year. Here lays my concern as I think Cynic are a brilliant band, but by creating a category of their own I do not see large masses appreciating their directions. They shall play Graspop in Belgium and somehow I believe they might be too artistic to please large crowds. Brave they are though and bands that go their own way usually are the best, so stop the cynism and up with Cynic. 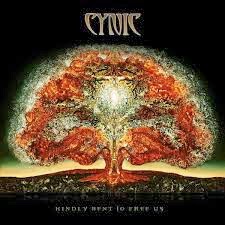