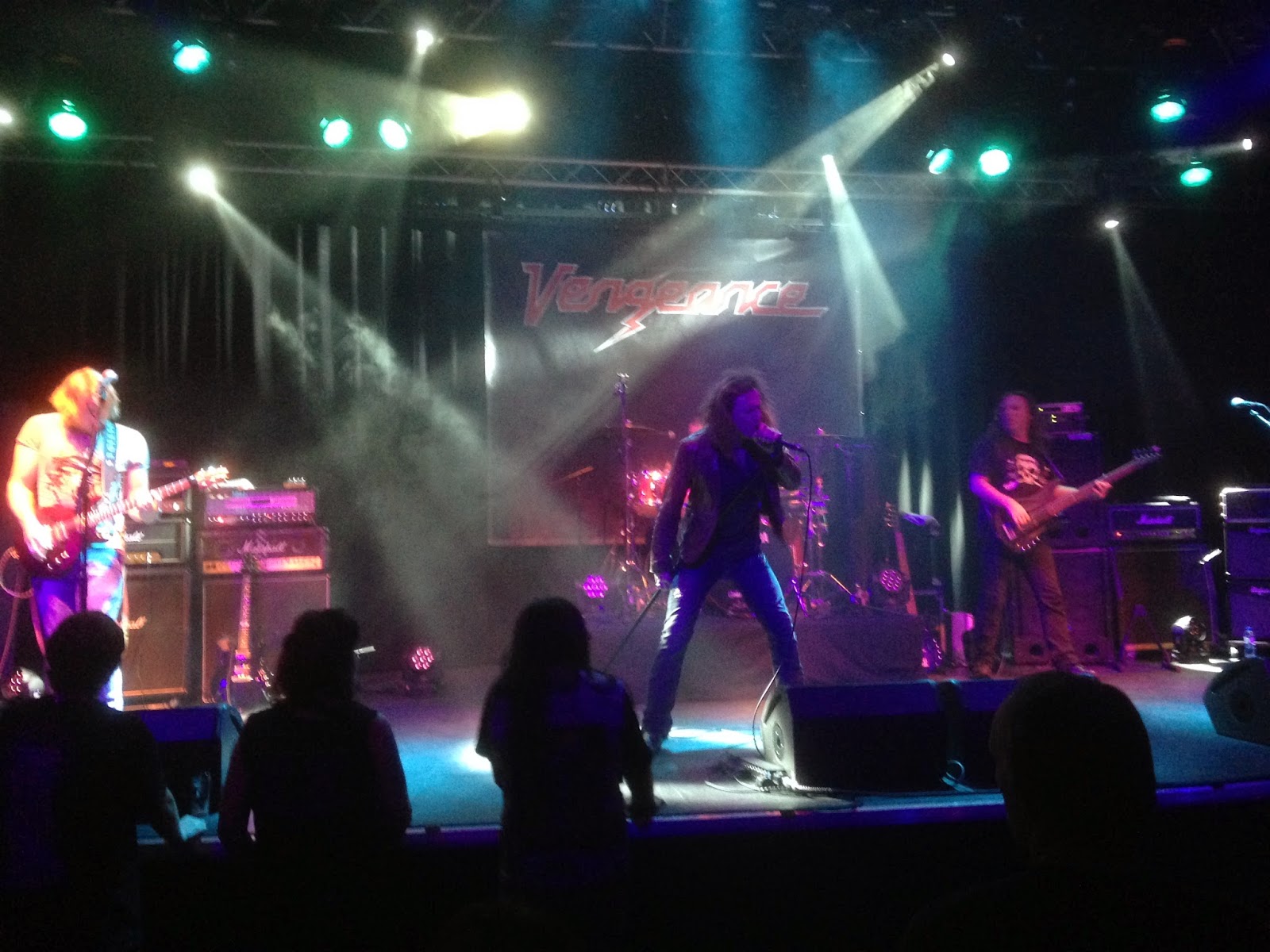 For those who don't know Vengeance. In the Eighties Holland had two much touring bands fronted by slightly mad vocalists and consisting of great musicians: Jewel and Vengeance. I still remember the stage dive trampoline at Jewel shows or the bottles of water and Ms. Haverkamp strip during Vengeance shows. So basically you could go and see them always, being sure of great entertainment. I don't know if at a certain time Vengeance called it quits, but for several years they are back releasing albums and touring. As the musicians have changed over time, vocalist Leon Goewie is still there and  able to entertain slightly more than the average Dutch vocalist. I had not seen them for some years, so I did enjoy hearing their old classics passing by.

While writing several of the best hard rock albums ever made in Holland Vengeance live was also always about humor. When Leon came up duck walking with his grin on the face we knew it was still about entertaining. Starting with some new songs I could hear that the music is still very much OK. Their classic line-up also had a certain Arjan Lucassen later worldwide known for Ayreon fame. These line-up did release several songs that upon hearing again rang that Oh yeah that one bell. "May Heaven Strike me Down", "She is the woman", "Take it or Leave it" and "Rock and Roll Shower" still stand strong and in "Arabia" they even honored my trip earlier this week to Saudi. So Vengeance are still going strong and with their party-creating abilities should be called for by summer festival organizers on a large scale. 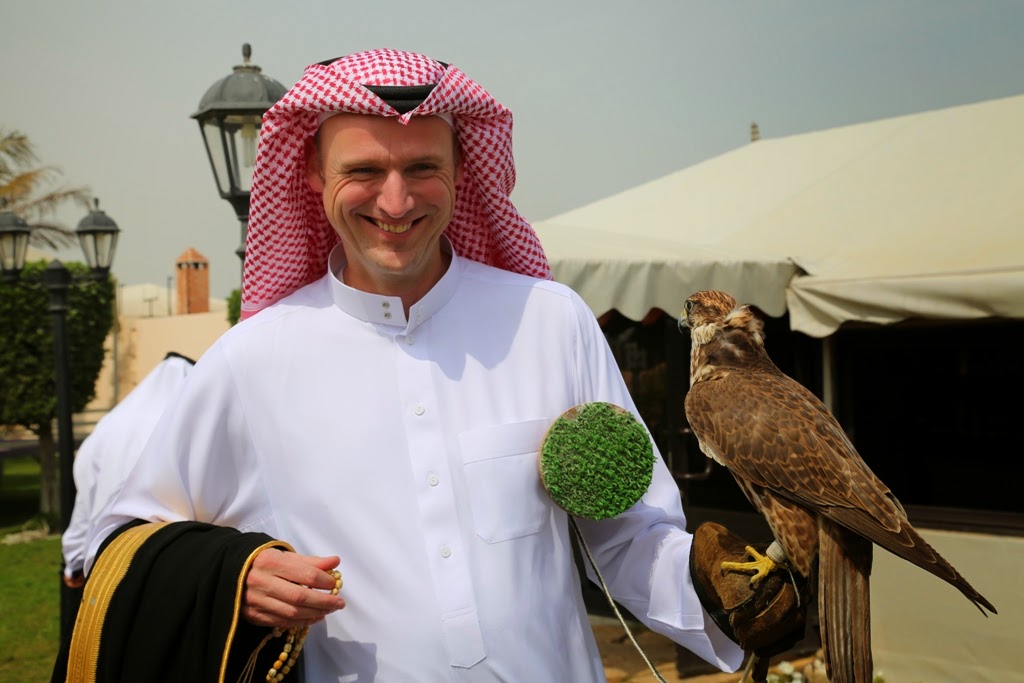