Prog Power Europe is: Coming home, Camping de Berckt, Red Plastic bags, Sjiwa downstairs bar, Sunny breaks, Rented bicycles, Milanello, Meeting old and new friends and most of all 3 days of Great Music. This year's line up was for me the usual mix of bands I love, bands I know but not that well and bands I never heard of. Opening evening Friday gave us two bands only. Votum opened earlier this year for Riverside, much to my liking. Going through almost the same set as earlier this year I would only recommend slightly more heavy songs, as the balance now was a bit too light. Friday's headliner Jolly brought some fans of their own along and I could not really place them. I do like bits and pieces, but sometimes get bored away. Also their presentation moves from sympathetic, to slicky. Maybe if I gave them a lot of time I could grow into this band, but I don't see me putting the effort in. 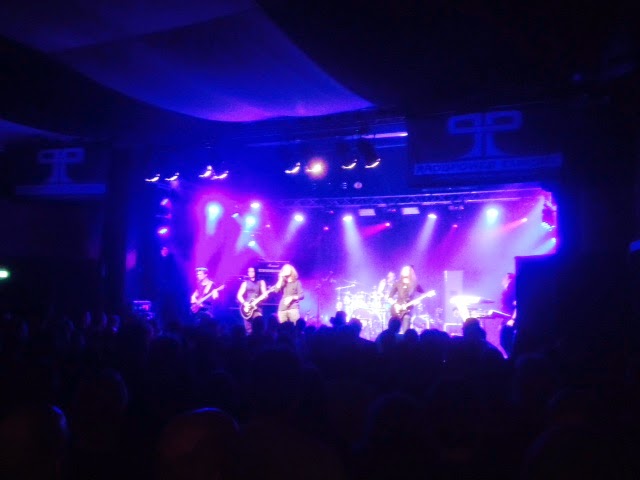 And then came Saturday. In my many visits for a day or full weekend Progpower I do not recall any day where I did not miss one minute and got  entertained from begin to end during six shows. This turned out to become a day to remember with lots of variety and only highlights. First on were Disperse, who I knew and lived up to expectations. I don't know what they put in the wodka in Poland, but they do make great guitarists.  Their show was lively, impressive and including two covers I never heard of varied enough as well. They wanted to return one day and I hope they do. Then came Prospekt from the UK. Their first show abroad and I think a succesfull one. With their music more etching to melodic power metal not the most surprising act of the day, but certainly well worth my attention. Next on Australias first band of this year. With Aeon of Horus we got the needed energy injection. What a blast of technical Death Metal and what fun to see a band on stage enjoying themselves even more than the audience. Very sympathetic performance and I got the CD for appreciation.
Dinner break did not allow me to queue up at any snackbar or pizza place/Chinese as next up would be Pain of Salvation playing an old set. Starting with 25 minutes of Perfect Element Part 1 not much could go wrong really. How good to see why I considered PoS the best new Progmetal band between 1996-2004. Loosing me partially with too experimental lighter works lately this was back to great form. Also great to see Daniel Gildenlow in his usual outstanding voice after the scare he passed before. Of course I could list many songs I would have loved to hear as well (Inside!!), but 70 minutes is not enough for a band with a backcatalogue like theirs, ever considered a weekend Marillion style? 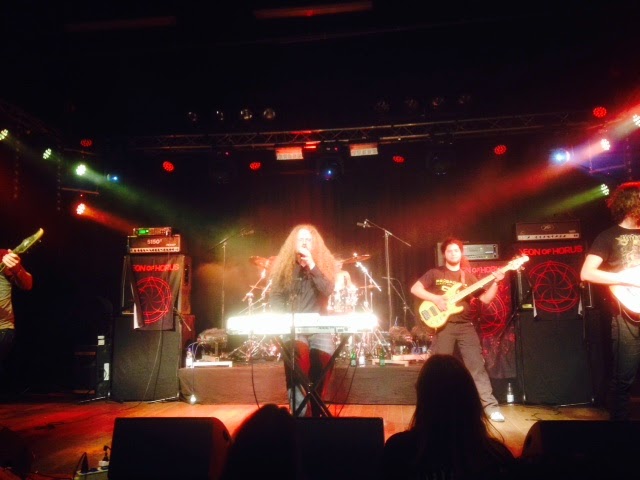 With PoS being silent headliners the pressure was on for next band Aeon Zen. How to follow up a setlist most people loved to hear once again? Well they managed and soon I entered Aeon Zen mode to see a great show. I did know some songs from Prog magazine samplers, but never got a CD from them. Well that was corrected with their latest album after the show as I really appreciated their performance. Not having the easiest slot they were not intimidated and came saw and conquered Baarlo, great set. I do remember saying that with 5 out of 5 the Saturday already made an impact within PPE history. Hardly could I imagine that the best was yet to come. Through the years some bands that were not households names yet, made an impression we always remember. I can think of Riverside 2004 as clearest example, but many others can be named as well. So I missed Voyager in 2006 due to work and I saw them for the first time live. I know their debut as well as their one but last album, which honestly speaking I am not playing all that much. When they hit the stage it was party, energy, musicality and total insanity. What a blast, what a band and what fun they had. Australia ruled PPE 2014 that became clear. Great performances of their own material and a ridiculously interesteing 80's pop medley. This band deserves to become huge and than bigger. Disappontments? none apart from the sold-out XXL Tee, which I would buy if their show was great. I mean even their T-shirt was great. Definitely a band to see again if on the continent. 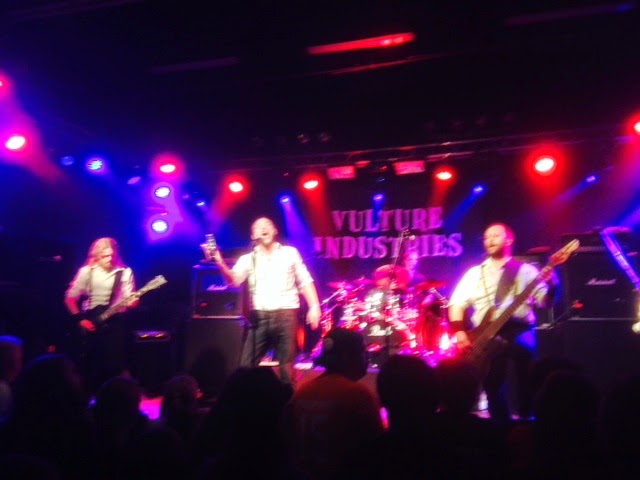 So Sunday had to follow up all this. I noticed I was hyped on Saturday, tired after already two days standing and drinking and not as fresh this was always going to be an uphill battle for the Sunday bands. Cartographer were this year's only Dutch band, instrumental and slowly building up to heavy climaxes, nice enough. Tenebris from Poland did not manage to catch my attention. The grunt was there, the instrumental bits as well, but I missed the dynamics. Time for a pizza, the first served in Baarlo that day avoiding dinner break queues. But Sunday of course also had it's highlights. Brightest one came in the form of Vulture Industries. This was a show, filled up with great music and all attention towards the crazy eyes of the vocalist.l Never imagined I would witness a polonaise at Progpower, but it was all part of this crazy yet beautiful show. Chimpspanner were next and second instrumental band of the day. Very good musicians, but a bit too similar for the full 60 minutes.
Agent Fresco followed and being for me maybe the right band, but at the wrong time. I decided to have a beer downstairs and prepare myself for a grand finale as PoS would play Remedy Lane from Of Two Beginnings until Beyond the Pale. This being one of the best Progmetal albums ever, the Sjiwa was more than a bit looking forward. And we got what we wanted, live is always more of an impact. With the full album played we were afraid that a great weekend would be closed with one of the saddest jokes in Progmetal: Disco Queen. Now only hidden in a medley and instrumental we agreed this was their message to kill the bitch for good and we hope she never returns. Pain of Salvation was a perfect closing act for a very succesfull Progpower Edition. I was afraid that with the relative lack of famous names this might be a not so busy PPE, but quite the opposite was true. A big thanks to the organisation and promising us Abnormal Thought Patterns for 2015 the tickets shall be purchased when available.