Heavy Metal Maniacs a Dutch fanclub founded in 1997 and highlight of the year is their festival. As the focus is on the best period in music: the Eighties, they presented a nice Dutch/British dive into our past again. Opening band Venator I had seen not very long ago with Night Demon and missed their first part. The last three songs I did see were sounding good and showing them to be perfect warm-ups before the past reveals. Second band Diggeth had a slightly harder time to keep audience's attention as they play slightly slower and heavier, while southern rock also seems to be an influence. This meant they had to work harder for appreciation, but they managed to convince at least some. 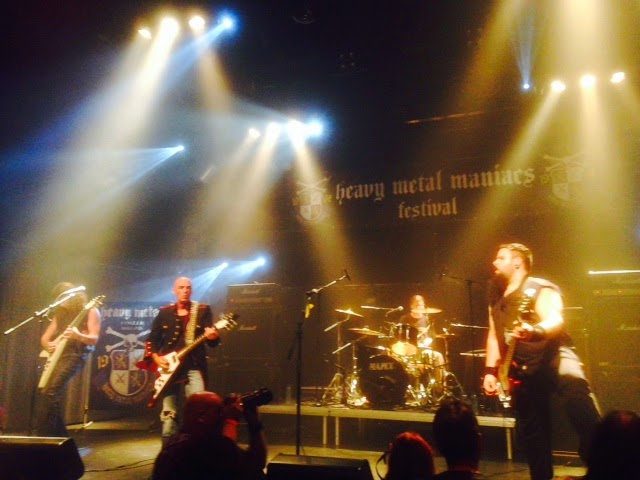 Hereafter the first NWOBHM band hit the stage and for me Dealer came, saw and conquered. Their first live show in a year due to the loss of their bass player they returned to Holland a year late and rocked. Technical problems or not they brought their songs with attitude, enjoying themselves and swearing the songs together with a very British accent. Highlight was the final while playing full album First Strike. Great songs all of them with to me favorites the hardly before played Choose your Weapon and epic closer Final Conflict. As I had none of their music got First Strike after the show and hope to see them in Hatfield next year. Hereafter we got the last Dutch band of the day Sad Iron. I do not really know why I missed them in the eighties, but they reminded me of another Dutch band of that era Jewel. Fast songs, lots of energy and a great guitarist. Very good set. 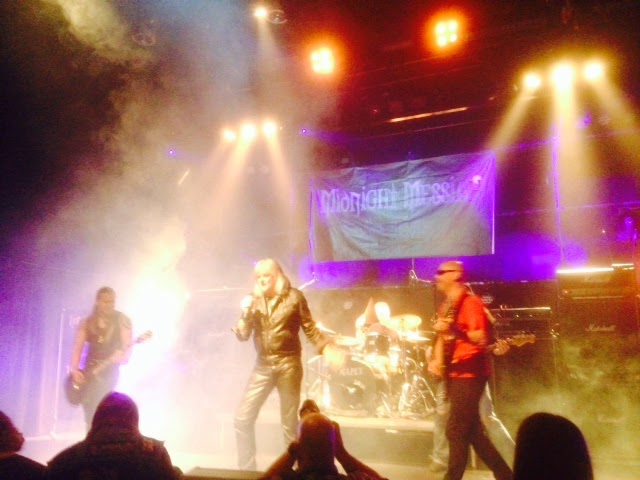 Next was Midnight Messiah, my main reason for joining today after their great show at Power & Glory in August. Well I can be short, just as good again. This time I knew the Elixir songs as well, so even more recognition points. While I enjoyed their show massively I did have the impression they were not as known by all. I got into them due to the present, when I bought their CD The Root of all Evil last year. Only hereafter I discovered the Elixir works. Most people in P60 today are even better aware of the past, while I did not have the impression their new songs were all that known. This is a trend we see in other genres as well. Clearest example is Thrash Metal where we speak about the Big 4. Any follower of Thrash knows that bands like Heathen, Exodus, Death Angel have released the last years much better albums than any of the big 4 have done over the past 15 years. In NWOBHM Iron Maiden and Saxon still stay close to their origins, but we love their past. Surprises come from lesser known bands like Hell or Salem and for me Midnight Messiah fits perfectly well in that list. A new album that reaches the level of the past showing their relevance today. But before drifting off too far, Midnight Messiah are just a great band and if you need a reference melodic Saxon comes closest and the Son of Odin rules! 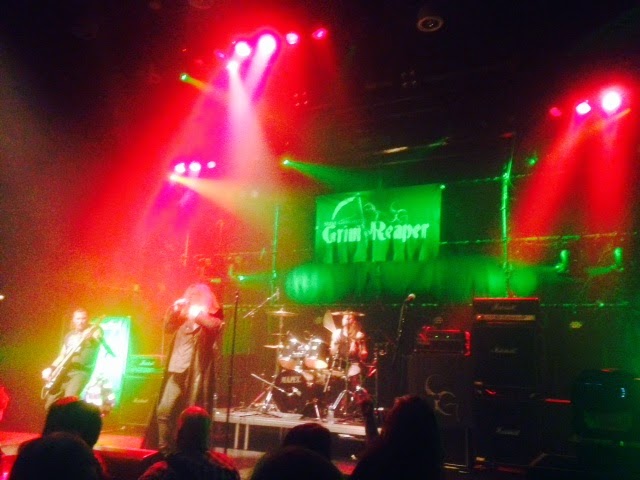 Headliner of today were Grim Reaper. They opened Rocking us to Hell and probably closed Seeing us in Hell as well, but I had to leave before our appointment near the horned one was made. As I needed to drive with the family the next morning some 600 km, I left halfway and got home in time for some decent sleep. What I did see was fast and well fast again. Not many moments of rest they played with an urge to bang our heads. So next year I shall be back and if not travelling the next morning coming by train and drink my beers. After all the Heavy Metal Maniacs Festival is about how it all used to be better in the eighties (which is soo true) and as I did not drive then, I should not do so now either. Thanks HMM hope to see many more festivals like this one, great Tee by the way.