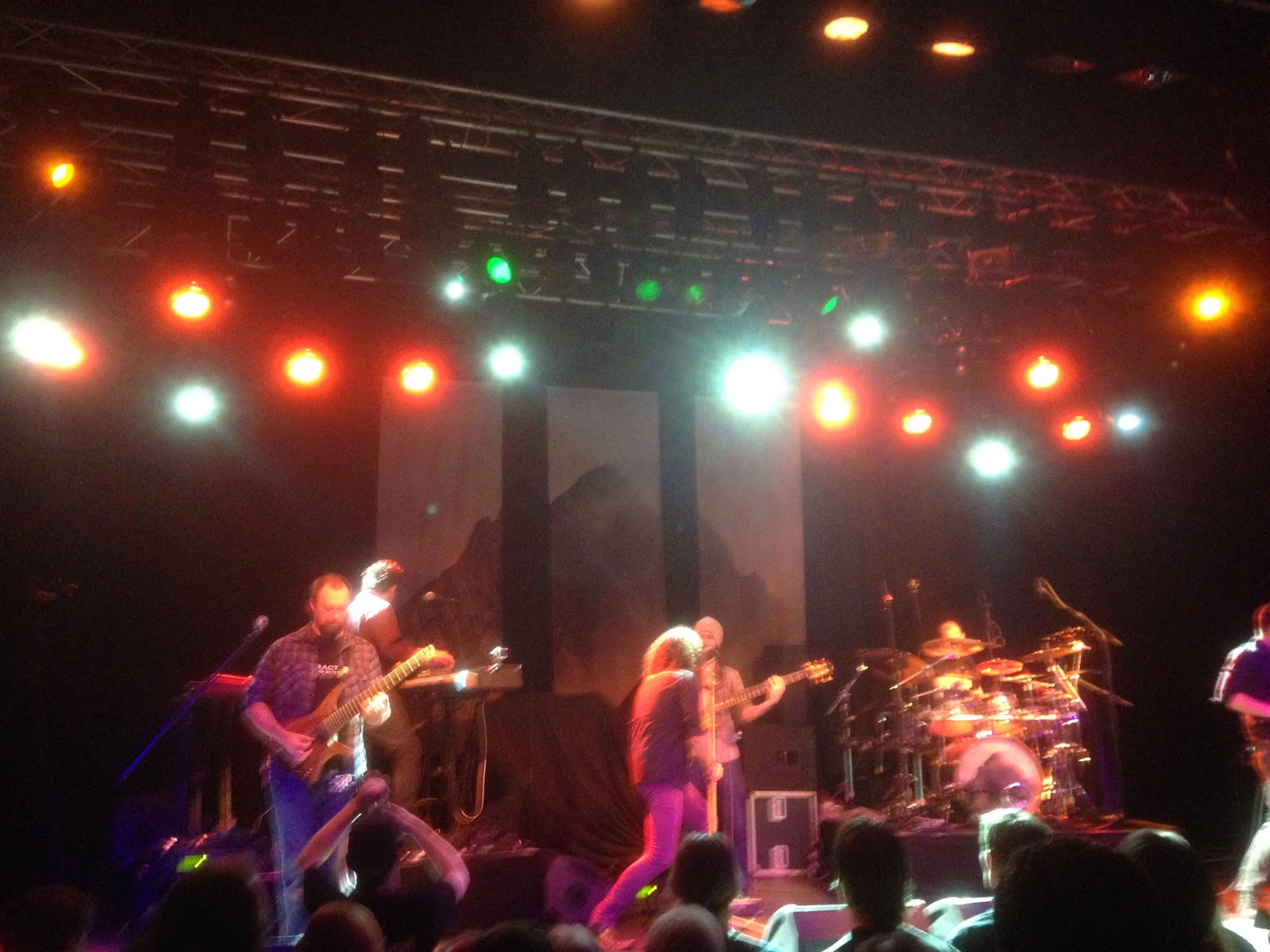 Progdreams back in a two day event form. I could not make it on Friday evening so for me still a one-dayer with the slightly long dinner break. First buzz I heard was that on Friday X-Panda was a great success. Good for them to justify the long trip from Estonia. On Saturday we had two support acts both playing an hour before the dinner break and two headliners in the evening. I won't go into much detail on the openers since both Eclipse-Sol-Air (German French theatrical too hard trying) and Harvest (Spanish neo-prog with Dutch female vocalist) were not to my taste and halfway directed me to the bar and a talk in the sun. 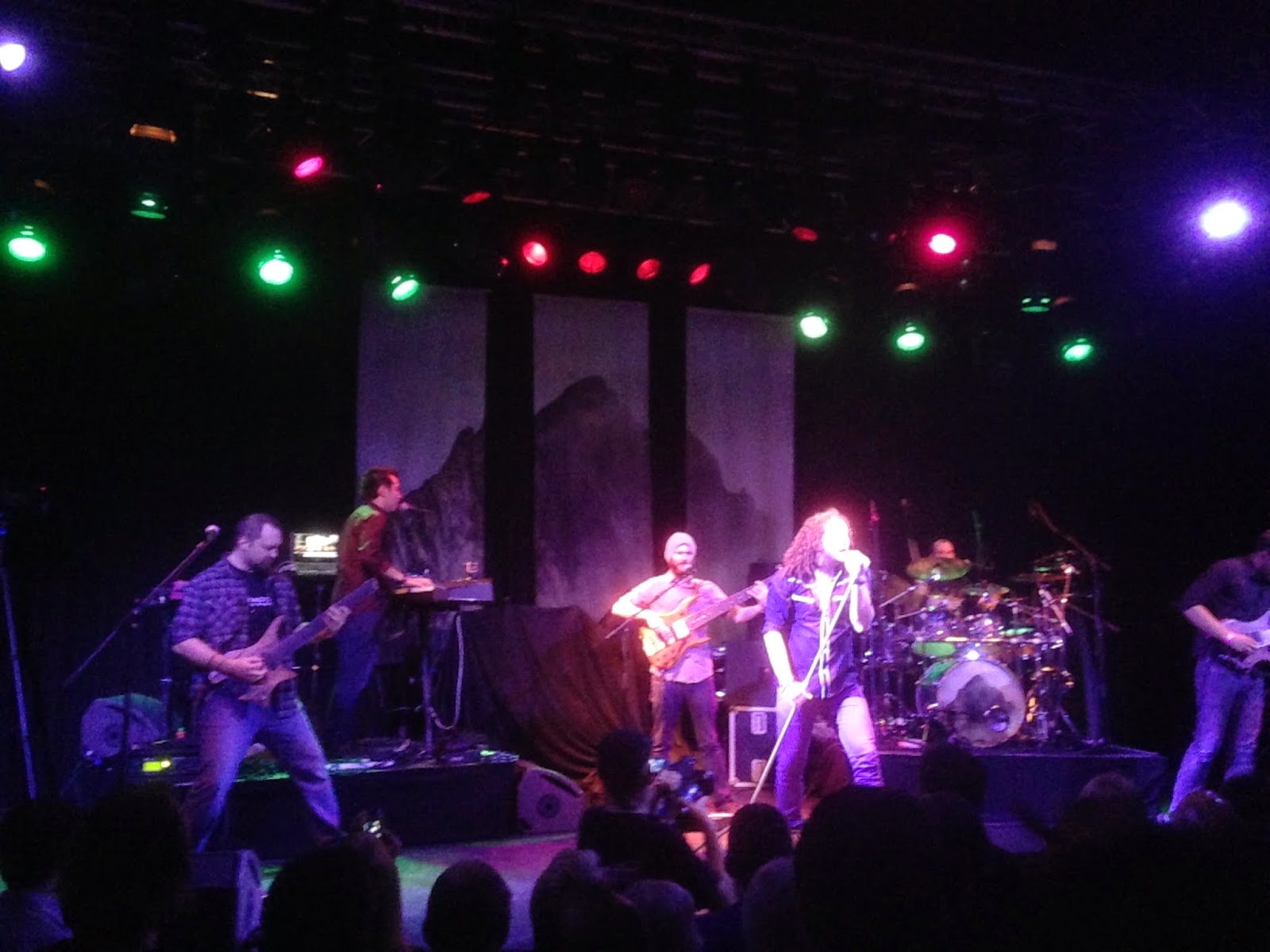 First headliner in the evening which attracted the younger and more metal part of the crowd were Haken. I did see them pretty often over the last years and always liked their shows. On CD after more listens I now know for sure that their last album The Mountain is the least one to me (less metal) Last year they played the Boerderij on a Wednesday night when the new album was being released and they played the perfect mix of three albums and for a crowd not much smaller than today. This time the first part was only Mountain climbing and this with a new bass player whose name I forgot, but he was American and doing fine. So did the show around their last CD disappoint? well no. Haken to me are a great live band and they seem to enjoy themselves while playing their breaks and solo's as if nothing could be easier. They did get great response from the hall and I wondered if they could be headliner status already for a next Progpower. Probably they are a bit too off-centre for that (the humpa bits), but quality is definitely not what is lacking. Highlights to me did come in the end when the Shapeshifter passed by followed by Celestial Elixer. When they came back for one more song which took over 20 minutes in Visions again I saw a convincing Haken show. 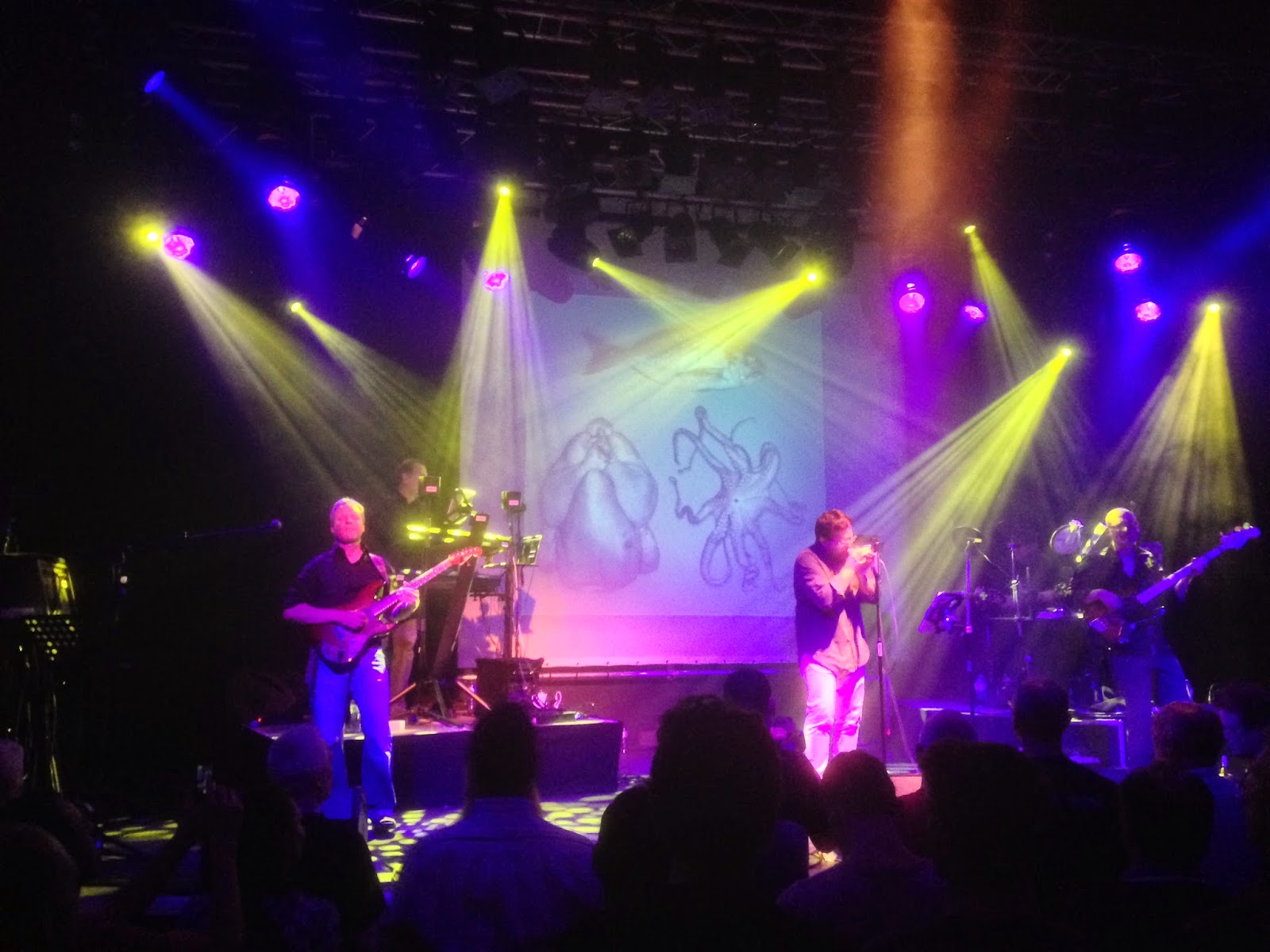 Talking about convincing, I was convinced that Clepsydra could never top this. My history with Clepsydra is very recent as I missed them in the nineties. Years ago I heard a song, on Prog Archives I believe, which I liked and when they asked Mark Wilkinson to pack the re-release of albums in one LP shaped box I ordered in the spirit of supporting special editions and the artwork of my favorite cover artist. I did receive the box some weeks ago and this means I never got the time to really get into all their music. What I heard on CD was a bit similar as what I saw live. They play very good, the guitar is amongst the better ones and old Marillion is an inspiration. The vocalist is not that fluent in English, but has a good voice. Main problem to me is that (maybe by not knowing the songs) nothing really stands out and the further I got within the five quarters I stayed the more similar the songs started to sound. But this was only my impression. I did see many people though who obviously were very much looking forward to the return of Clepsydra on a live stage after being away for 14 years. So they did make an impact on a big part of their fans. To my surprise also de Boerderij was not a lot emptier from when Haken played. The audience somehow gained some 15 years on average closer to the stage, but I believe this was a succesfull show. If not at the end of a long day I probably would have seen them until the end. Now I caught the Randstadrail in time and have to thank organizers for yet another great day at the farm.