Some ten years ago Riverside played Progpower for their first show outside Poland. In my many years of Progpower I do not remember any band that was not headlining, which made such an impact to all present. I guess those who were there that day realized we were seeing a band that could and should be much bigger. Now we are 10 years down the road and Riverside are on a small headliner tour through Europe. The fact that they sold out de Boerderij on a Tuesday night within a week where we have among many others Threshold/Kingcrow, Gazpacho, Jaguar, Fates Warning and IQ also playing Holland proved that they have entered the major league of Prog bands. Let's face it, since apart from the real big names noone manages to attract such audiences on a weekday. This was their second tour in support of last year's  "Shrine of New Generation Slaves". Nicely depressive T-shirts and backdrop banner set the tone for a night of bleak atmospheric building up and breaking down prog epics. 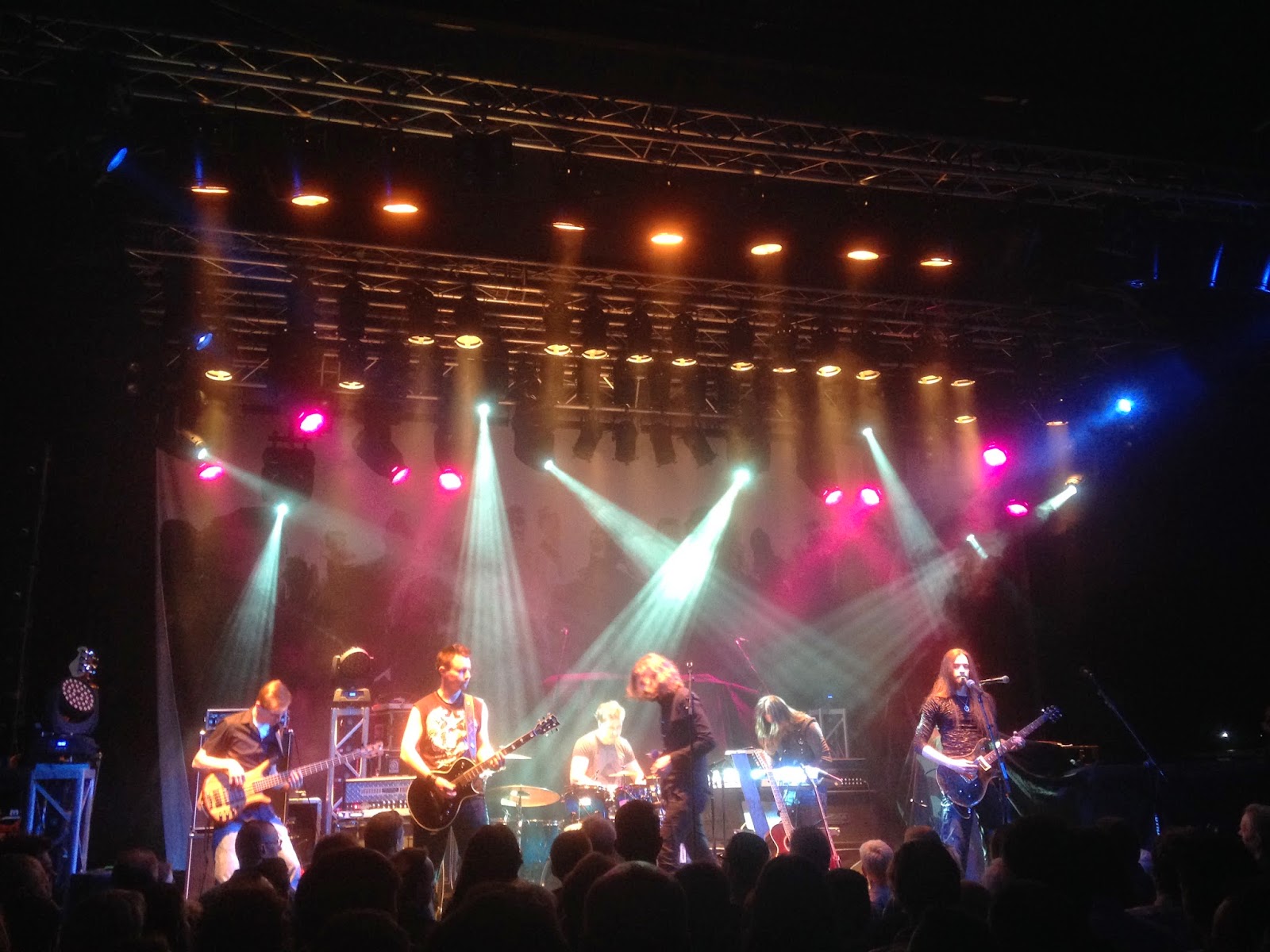 But I came for the support band: Votum! The former metal major of Stroud is through DPRP radio and reviews plus blog "something for the weekend" getting me on track of many great bands (Need and Being 2014 highlights so far) His favorite of 2013 was Votum's Harvest Moon and I got that album as well after his raving review. Never giving it the full attention I  need to let an album sink in I considered it a good CD. Now I knew this show was coming up I gave it some headphone listens and indeed it should have made my top 10 of 2013 as well. In Riverside they found the perfect headliner to support, since apart from the obvious Polish link they also like to work with longer building songs and heavy/soft dynamics mostly clear vocals and the occasional grunt for bigger extremes in atmosphere. 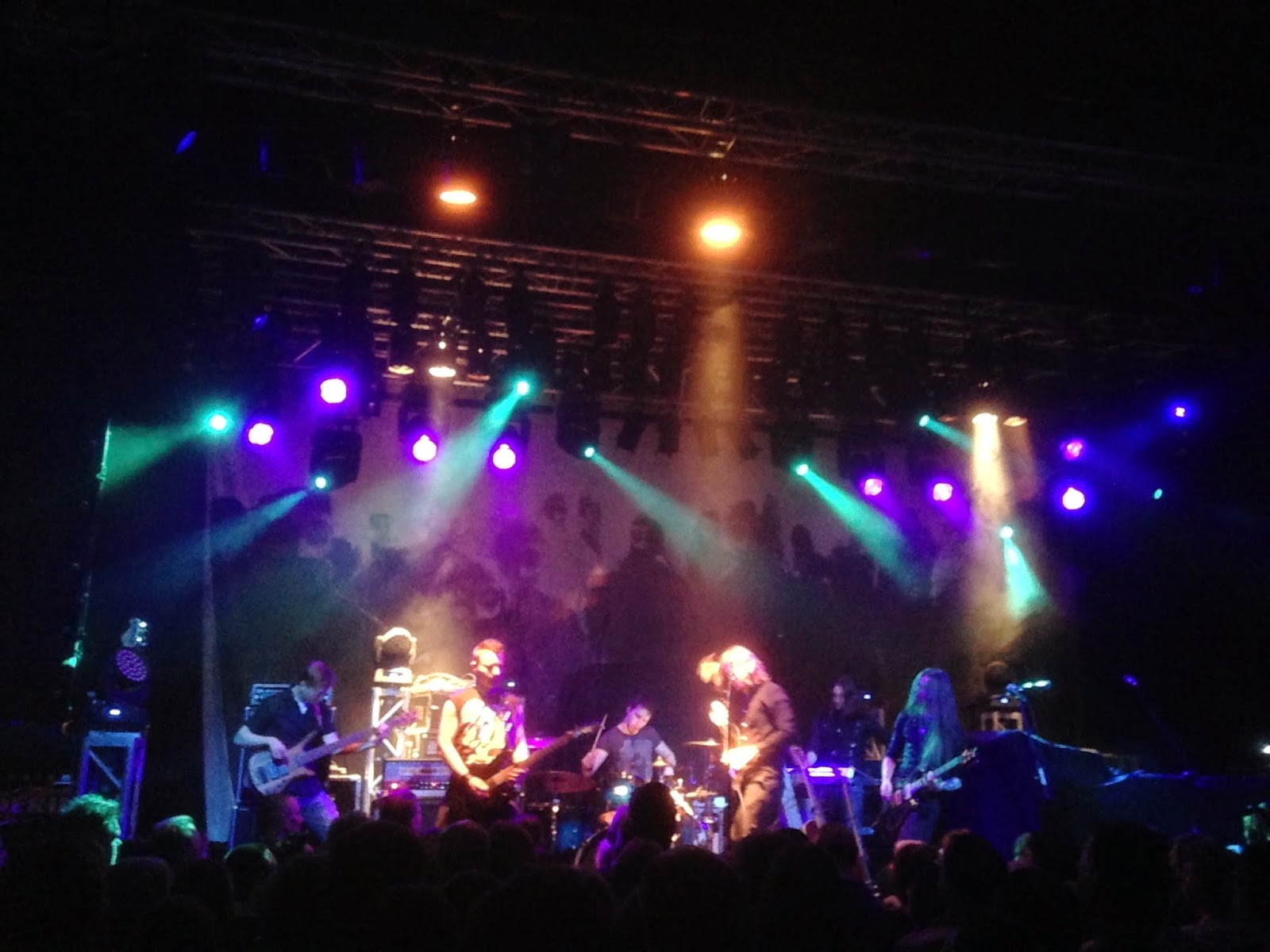 Main question was if Votum could reproduce their CD's in a live setting after I believe some line-up changes as well. To make things clear this was the main question to me, since the audience did not seem overly familiar with the band. Well they did deliver and when they came close to the end of their show the majority  of the public was convinced about their strenght. To say they made the same impact on de Boerderij as Riverside on Progpower might be exagerated, but to me they had the same effect.
What a great band and what an easy performers. I do not know what is in the Polish water (wodka that is) but lately the number of bands with outstanding guitarists from Poland is well above average (Riverside, Disperse, Satellite, Osada Vida to name a few) As I only had their 3rd CD Harvest Moon I did recognize most songs, but not all. The new old songs came over very good as well after a first listen and the new (?) vocalist did bring a wide range from soft and clear to grunts nicely. I do hope that this tour served them well and they gained many new fans. I picked up their second CD Metafiction and see the back catalogue is of good quality as well. Typically a band that should go down well at Progpower also and I hope they return many times to Holland. 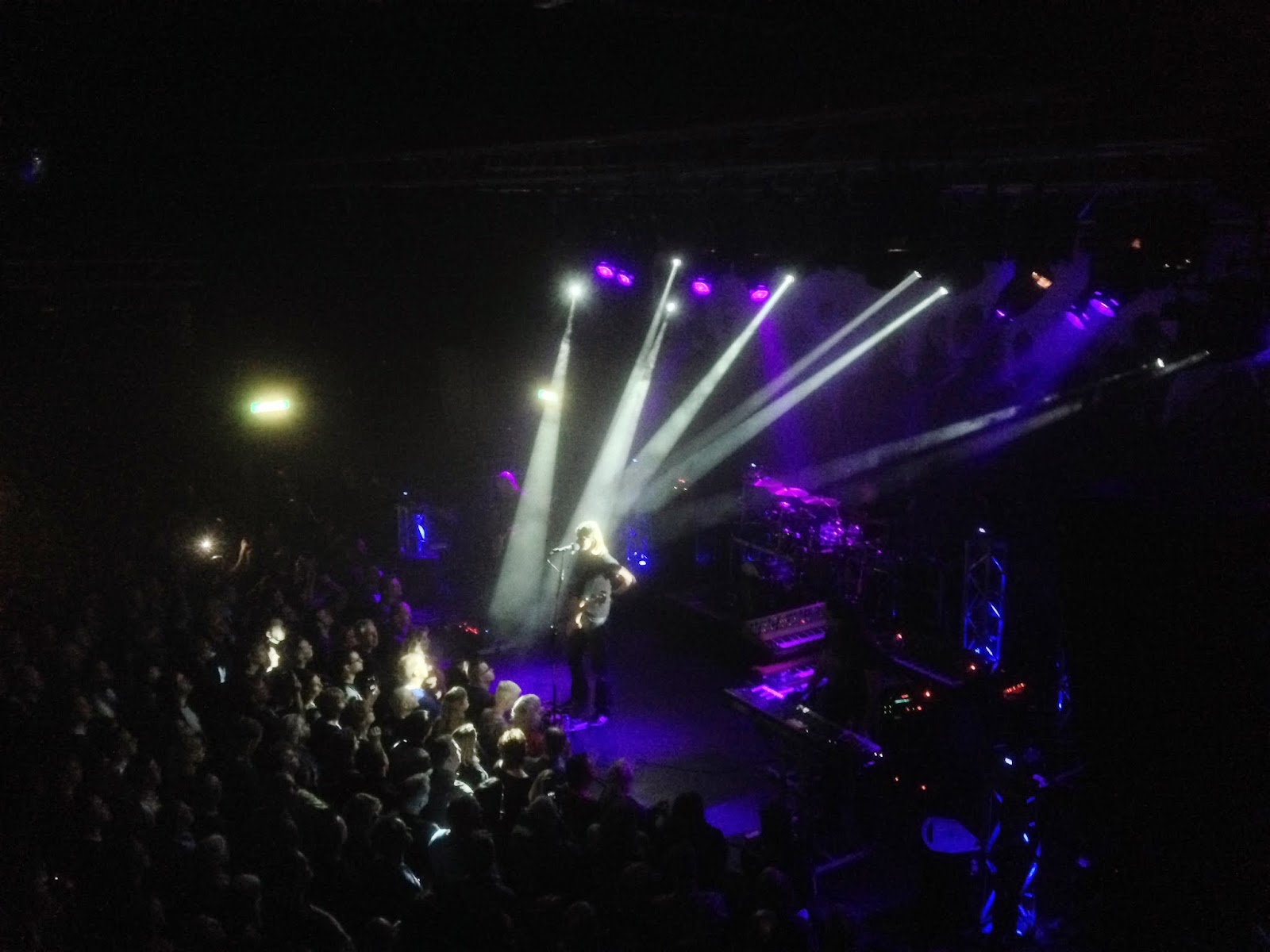 So I came for the support band, but not due to lack of appreciation of Riverside. I had to get a very early plane the next morning so I decided to stay only fifty minutes Riverside as well (to make it a Polish draw seemed fair to me). What I saw of Riverside was again good, but time-pressure did hinder me somewhat in fully entering into the mood, which is needed when watching moody shows. They looked very convinced of themselves and rightly so though. Fact remains that after the PP impact they never can top that show for me and when picking up a CD of them I usually go back to their debut. Still a band deserving to be where they managed to get already and who knows they can attract similar audiences as Porcupine Tree with not that different music in the end. So Dziekuje to the Poles who presented a pleasant Tuesday night for a luckily appreciative full house.