Fish - A Feast of Consequences 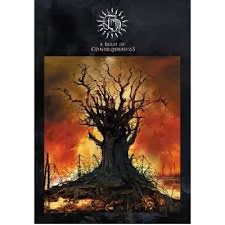 While the blog went quiet due to an annoying worktrip which made me miss Progpower I did find a small highlight upon return home. The special edition of A Feast of Consequences arrived by mail. And a special edition is a good description here. 100 pages booklet with foreword, lyrics and flooded with artwork of the long time Fish collaborators Mark & Julie Wilkinson. Going through the booklet before even hearing the album is already worth the money spend. The number of great drawings never ends and the information is plenty. Also did I manage to see the additional DVD with a making of, explanation of song themes as well as live performances of the songs in an earlier phase. If ever a special edition was recommended it is this one, but no it does not fit in your CD rack.

As CD's thrive about the music some words are necessary on that as well. Some weeks ago I saw Fish live in Paradiso and wrote the Fish is back. After hearing the CD now a few times I can repeat that line. I believe this one in time shall stand proudly in his top three best albums next to Vigil and Sunsets on Empires. The Opening track Perfume River is epic like on a trip to Vietnam. We get the slow introduction and and upgrade in tempo. All Loved up is his big finger up to all those participants in X Factor, Idols and whatever shit around. People who never got the idea that artists have to create something not copy. Blind to the Beautiful is a dark ballad on changing environment, which never seems to be admitted. The title track is a catching more uptempo song and brings us to the centre of the album the 5-song divided on the theme of WWI. In Holland this war passed by in reality and so also on our history lessons. For Fish this subject is very personal as both his grandparents went to this war. He visited the trenches at High Wood. I remember the impressive images live accompanying this song and probably it deserves a place among the alltime highlights in his career. Other side of me is passing slowly by with a more spoken lyric building up to a more expressive solo, by the modestly present Robin Boult on guitar. Closer The Great Unravelling is another orchestral ballad like song with some nice melodies.

So Fish is back. Lyrically at the usual poetic level we came to love from him. This time not a relationship album as he mentions on the DVD we do get some food for thought. His voice is of course not as powerful as over thirty years ago, but the expression is still very much there. Anyone who gave upon on Fish along the years give this album a try, as stated above I believe this one ranks among his best as well as the highlights of 2013. For fans of Mark Wilkinson (like me) he also shows about his best work ever, although the jester and his symbolism shall never be met again. Closing therefore with the Fish out of Perfume River recommended not to eat by pollution. 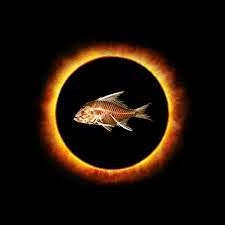