We read the year 2014 and every week at least 5 CD's are being released that might deserve my attention and interest. Hence the sheer impossibility to come up with a complete list of favorite CD's. So I started to add some rules. The Album should be released on CD (out went Being) not a collection (out went Dutch Steel) or a live best of album (out went Lillian Axe). Further I also did not include new CD's which sounded interesting on the internet, but were not received in time to give a proper listen (out go Ne Obliviscaris, While Heaven Wept, Skyharbor, Haken and Malpractice). This solved my problem only partially and I could go for the easy way out and release a top 50. But as an exercise in making choices here is my top 14 of 2014 and apologies go out to the following artists who amongst others released highly enjoyable albums, but did not make the cut: Lee Abraham, Persian Risk, Lawless, Voyager, Aeon Zen, Pink Floyd, Pendragon, Opeth, Vortice, Super Massive Black Holes, Foscor, Savage Messiah and Simon Godfrey.

14: Dream the Electric Sleep - Heretics
Alternative progressive rock with Classic Rock touches. Interesting band, being slightly different makes them hard to compare with anyone. Opening track Heretics rocked them into my list.

12: Need - Orvam A Song for Home
To me new progmetal band from Greece. With Fates Warning as clear influence they are ones to follow and enter PPE. Great songs, pity of the spoken Hotel Oniro which is made up by epic title song.

11: Steve Rothery - The Ghosts of Pripyat
My favorite instrumental album of 2014, by my favorite Marillion member. Getting more space than in H-days Marillion his guitar is talking to us as we love it. Opening marillion weekend 2015 in style I'm sure.

10: Sanctuary - The Year the Sun Died
Comeback album of the year? Maybe I was expecting even more, yet still one great Heavy Metal album, with the always recognizable voice of Warrel Dane: Solid.

9: Intervals - A Voice Within
Really liked them live in Dordrecht and then loved the CD. A great mix of modern progressive metal songs. No grunts to scare of the older generation and showing I can be modern in taste as well.

8: Cosmograf - Capactor the amazing spirit capture
Yet another beautiful concept album by Robin Armstrong. Playing most instruments himself with the help of some known names from the UK he writes great atmospheric songs. Better version of modern Floyd.

7: Anubis - Hitchhiking to Byzantium
These Aussies are another solid deliverer of high class prog rock albums. This time not a concept album as such. just a great collection of songs. Note to self: They are going to Prog the Castle in Heidelberg.

6: Serdce - Timelessness
4th CD of these Belarusians and I never heard of them. Got on track by PPE 2015 announcement. Extremely interesting mix of brutal metal to soft piano bits. Looking already forward to see them live in 9 months.

5: Amoral - Fallen Leaves & Dead Sparrows
Finnish band used to be death metal now Classic Rock influenced melodic progressive metal. To me the biggest discovery of the year. Vocalist once won Idols and has a great voice indeed, Time to  look into their back-catalogue.

4: Scar Symmetry - The Singularity Phase 1 Neohumanity
It's all about the variation. Where Voyager managed to work pop heavy on stage at PPE to great surprise, Scar Symmetry might have released their best album yet. Great mix of accesible clear sung parts and heavy metalling bits.

3: The Contortionist - Language
My favorite band of the new generation. Seem to be getting calmer by the album (or just more mature). This album needs to be given time and patience and suddenly it's beauty is revealed. Announced for UK Tech Fest 2015, hope they make it to Holland.

2: Pallas - Wearewhoweare
OK, so this CD arrived some 8 months after originally anounced date and then I simply did not stop playing it. Pallas just never seems to get the recognition they deserve, this CD should at least put them up there with the greats in small prog rock scene. Beautiful album for the winter.

1: Threshold - For the Journey
Deserving the number one spot of 2014, because they just release another great album at a level normal to them, but not many others reach. After seeing them live I even liked the album more and yes The Box is a classic song for them and Damian Wilson is one of the very best voices in Progmetal. 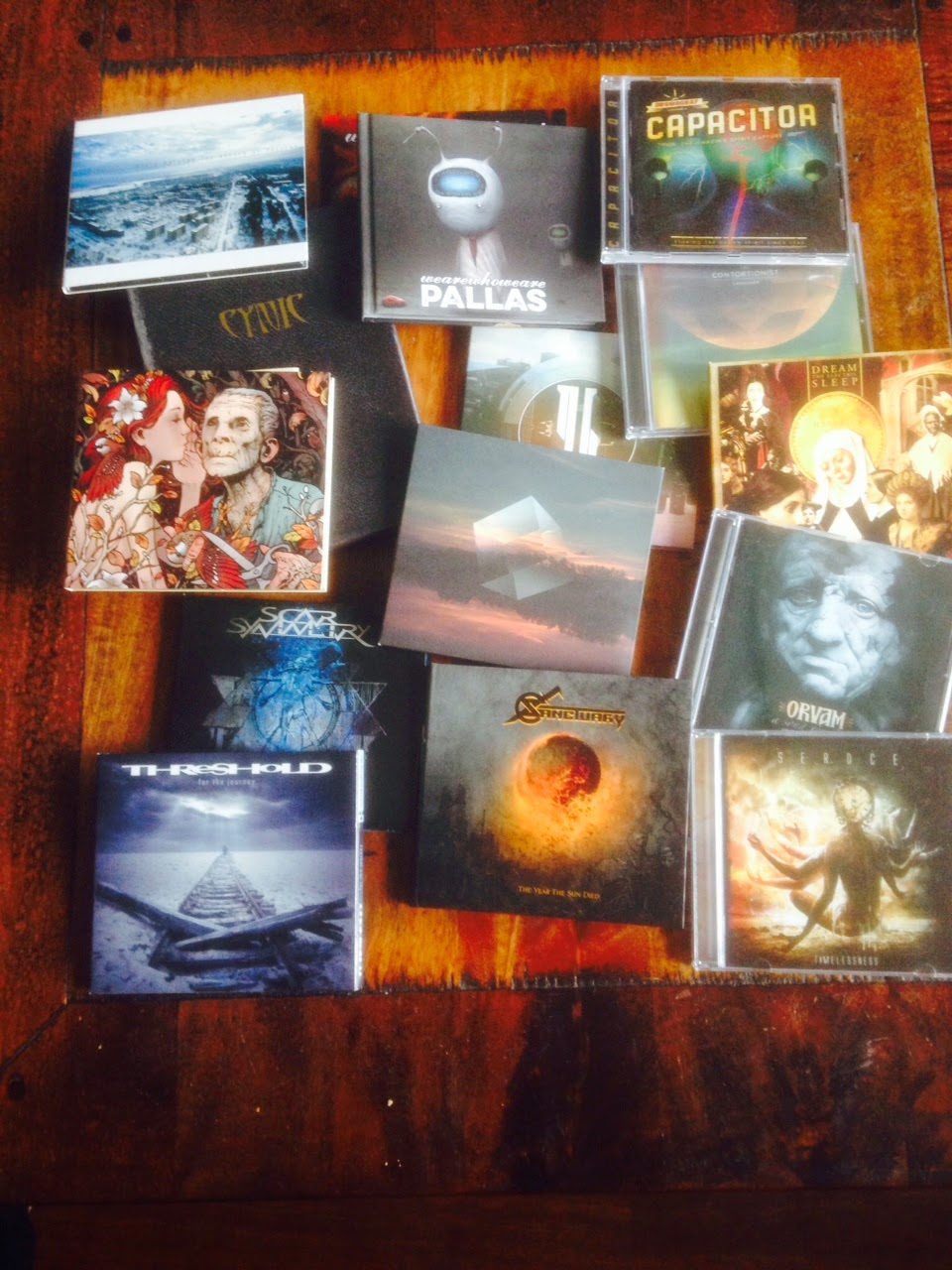