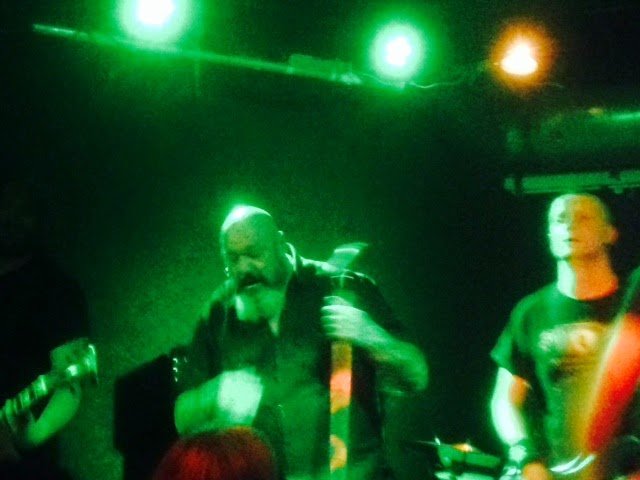 Never did I see Paul Di'Anno live before and people asked me if I was not in for a disappointment. For sure his voice would not be the same as 35 years ago, he would still be living on the past and his life style should not raise expectations high. Right as they might have been, fact is that those who decided not to go to Little Devil based upon the above cliche's, missed a highly entertaining show where all ingredients for a good night out were present. We had a great band (The bass player came up in a Psychotic Waltz hoody, which did boost convidence in the musical level before they started), we had great songs as being almost all old Maiden work and we had a vocalist with stage presence and a voice that did not disappoint, even if he had a foking cold. We even got warmed up fine by Dutch 80's metallers Martyr. 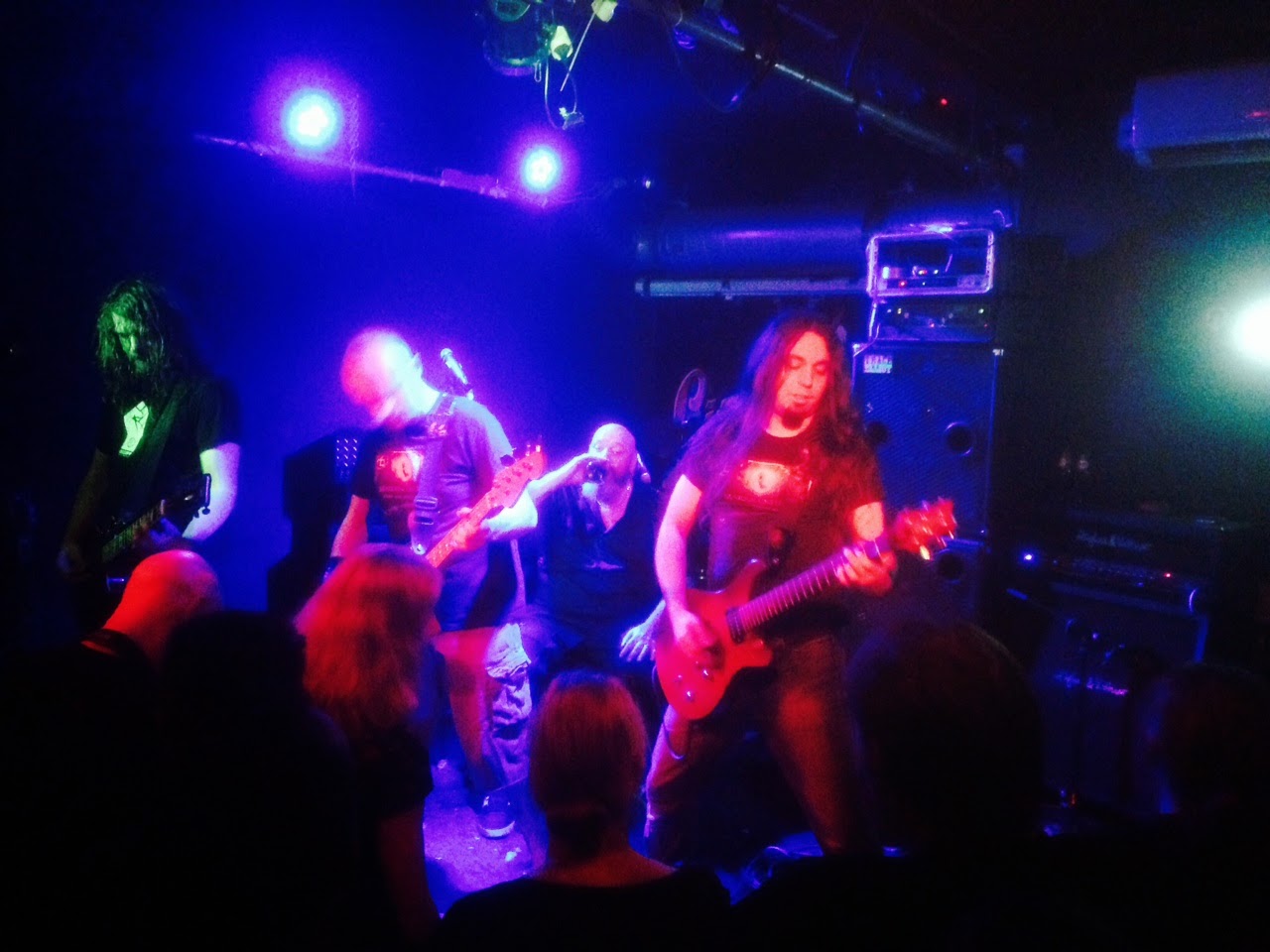 When Paul Di'Anno came up, I must admit some state of shock. As I did not see the brace on his right knee at first I did think he could not even walk straight any longer. Soon it became clear that he was in real pain and halfway the show he got a chair and smoked, drank and sung sitting behind the band. Further his voice was gone, due to a shitty night in Leeuwarden, but what was left still managed to sent us right back to 1979-82. Opening with Wrathchild and Sanctuary the tone was set and being the first time I saw him live many songs I never saw before passed and showed us the rawer start of Iron Maiden. His voice was always more with an edge and the band played tight. As the set which lasted given the conditions pretty long. moved on many highlights passed, but I think the best part was Paul sitting through Charlotte the Harlot - Killers - Phantom of the Opera. 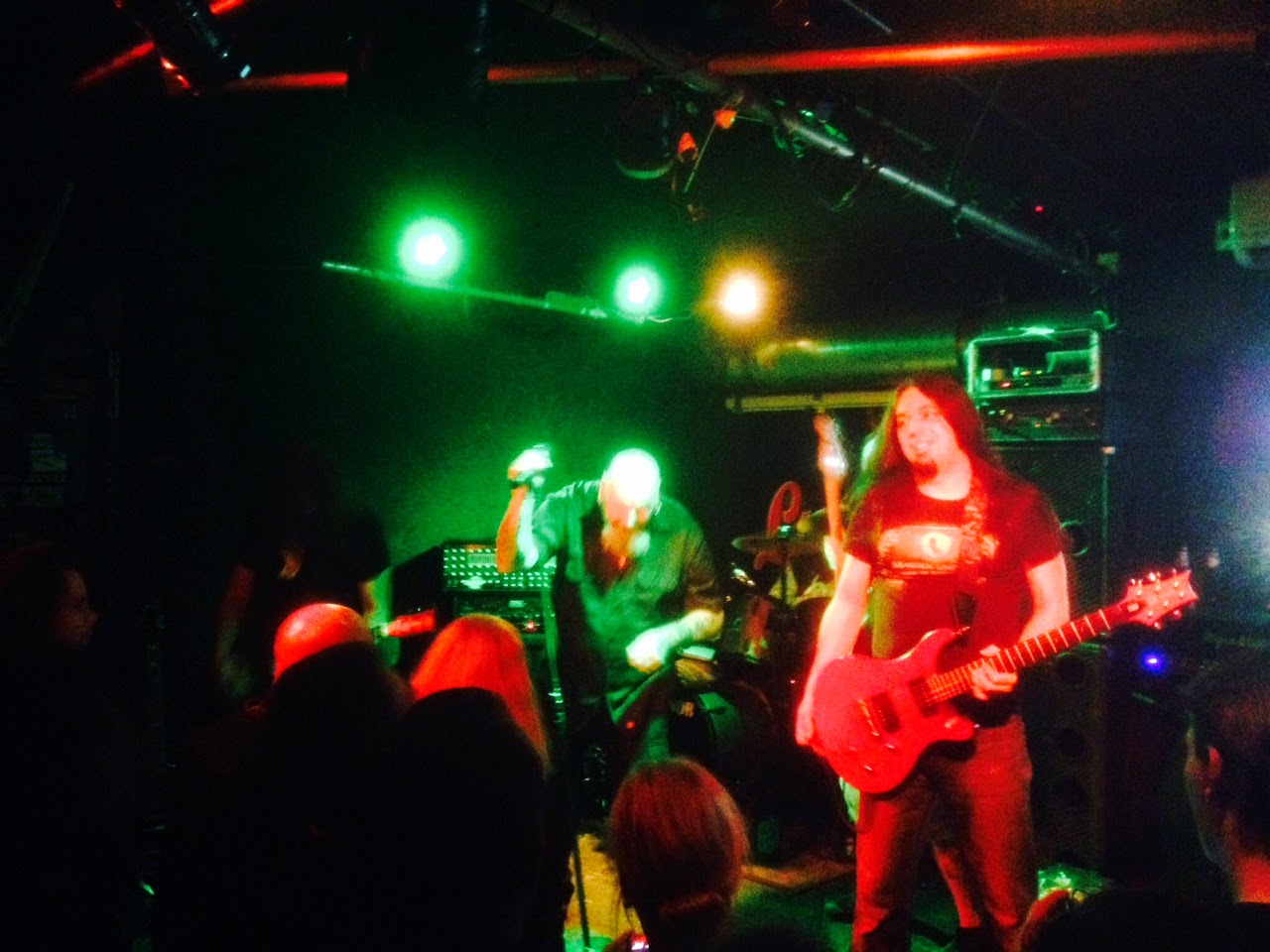 So I missed out on Iron Maiden in Ziggo Dome and at FortaRock this year. Somehow I have a feeling that I might not have enjoyed those as much as I did this show. Little Devil is probably the nicest metal bar I know in Holland and a nice full small venue, where you almost stand upon the stage is what it basically is all about. So no special effects, sensational lightshows or whatever, just a band playing their set and having a good time. Inbetween songs Paul complained, cursed, spat and giving us some great lines on Colombian White Christmas, Probable STD deaths, Lemmy introductions, Shitty married lives and being British and proud of it. Next year this band shall under the name Architects of Chaoz release a new CD. After tonight's show I am definitely going to get that album.
Posted by erikprogtricolor at 18:35