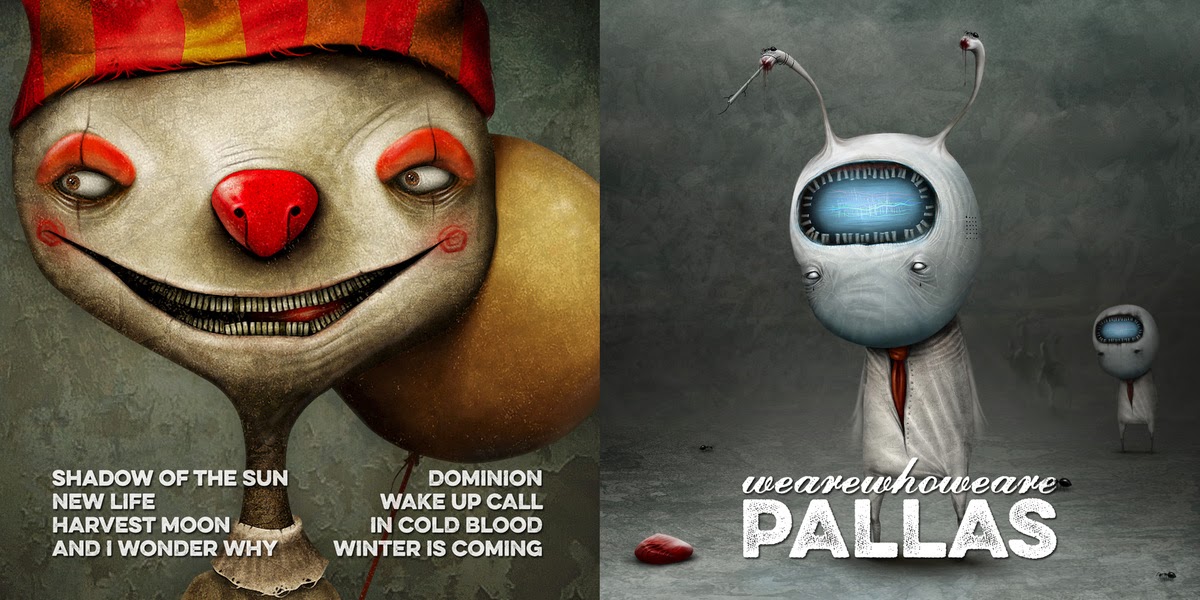 More than a year ago I promised this review after signing in on their indiegogo crowdfunding project. With some delays to original schedules, I received last week their beautifully packed edition for pre-orders. This was definitely worth the wait. After some disappointments from bigger bands like Transatlantic, Pink Floyd and Pendragon (well Pendragon only due to extremely high expectations, as they still might make my 2014 top 10/15 list) Pallas manages to surpise very positively. I actually liked all phases of Pallas from the eighties Atlantis suit, through strong nineties comeback Beat the Drum until previous first album with Paul Mackie on vocals XXV. Now Paul Mackie had a bigger participation and his voice suits the music extremely well.

Talking about the music, it is mostly dark and moody. Only opener Shadow of the Sun, still hints at uptempo bits, we further hear mainly dark ballads or heavy midtempo songs. Luckily all spiced up with some great solo's when needed and lots of creepy atmosphere. This is just the perfect album for the time of year as last song Winter is Coming also suggests. Central epic Dominion borrows from some arabic melodies and tries to pass a positive message. Lyrics seem to be meant for thinking and in spite of the general dark atmosphere on this album go for the positive approach as well. Ballad New Life contains one of the better messages to start appreciating what is good: "Go see a sunrise once in a while, so warm and alive, It's a beautiful thing and it's your life". This line brought me back to Ipanema beach where at the end of the afternoon people gather on the rock in the ocean at the end of the beach to watch the sunset and all start chearing an shouting when it goes under. Never saw a sunrise sober due to slow awakenings, but guess the feeling should be similar.

With the message of looking for the positive Pallas makes our life easy, since in my opinion there is really not much to moan about on wearewhoweare. Beautiful, dark, intense, uplifting, moody, impressive and spiced up with occasionally hard rocking guitar solo's this is to me easily the best progrock album of 2014. Winter is coming and Pallas gaves us the CD to get through it with a smile on our faces.
Posted by erikprogtricolor at 18:58